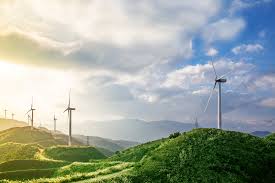 High competition and a great reduction in the feed-in-tariffs was offered by the interested parties; feed-in-tariffs that will be paid for the wind and solar projects that are now taking the green light.

This is the key point that emerged from the three auctions organized by RAE – Regulatory Authority for Energy at the 2nd of July; one for wind, one for "big" photovoltaics and one for "small" photovoltaics.

According to unofficial information, in wind projects the lowest price reached levels of 68 euros per Megawatt hour and the biggest one near 72 euros (from 90 euros starting price). Projects "passed" among others PPC Renewables, IBERDROLA-ROKAS, VENDAVEL and a new entrant, which seems to have given the lowest bid.

In large photovoltaics, the lowest price reached 63 euros per Megawatt and the highest at 71 euro (from 80 euros starting price). Projects "passed" among others are the German ABO (which had the most "aggressive" offers), EYDAP, BIOKARPET and Democritus.

In addition to how low the bids reached, the highest prices for each contest are important for the industry, as the highest price, reduced by 1%, is also the starting price of the next competition.

It should be noted that there have been strong protests from participants, especially in the small photovoltaic competition where there were many interested and large number of offers, long delay of the system of electronic offers at the end of the process, which resulted that investors could not "pass" their bids in time and thus lost projects.

However, very low minimum prices are a development justifying RAE's handling of the 75% provision for high competition (projects with a total power of 75% of the admitted projects were counted out), as the key issue is to achieve low compensation prices for RES in order for the consumer to pay as little as possible.

On the other hand, it seems that there is an issue that does not favor the attainment of the lowest possible prices and therefore the lowest possible burden on the consumer. This is the term of the auction, where, when the installed capacity of a tender is higher than the remaining quantity (apparently at the end of the tender procedure), then the tender is rejected and the system goes to the next offer that its installed capacity is equal to or less than the remaining amount.

This leads (already in some typical cases) to "passing" projects with higher prices and cutting others to smaller ones.

The Minister of Environment and Energy, George Stathakis, made the following statement:

"The current process has demonstrated that it is entirely possible to limit the environmental footprint without incurring a significant burden on energy costs. Auctioning led to a price reduction of photovoltaic projects of about 20%, compared to those of the 2016 pilot competition and over 35% to wind investments. Now the cost of RES is equivalent to that of conventional fuels, justifying our choice to adopt ambitious targets to increase their share of the energy mix. In future competitions, in the coming months, we expect a further reduction in costs, given the strong interest of both domestic and foreign investors. "

"It is recalled that a guaranteed price system has been adopted for years, causing a significant burden on consumers through ΕΤΜΕΑΡ - ETMEAR (carbon gases pollution special fee) . With its initiatives, the government: