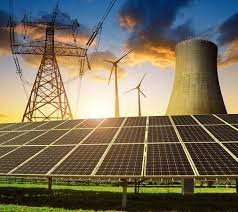 BETWEEN KOPELOYZOS GROUP AND CHINA ENERGY INVESTMENT CORPORATION FOR RENEWABLES, CONVENTIONAL POWER PLANTS AND OTHER PROJECTS.

The final signing of a strategic agreement that brings investments of EUR 3 billion to Greece took place on July the 5th between Kopelouzos Group and CHINA ENERGY INVESTMENT CORPORATION .

This mega deal envisages a number of investments in the energy sector, with emphasis on clean energy sources, as well as on conventional power generation.

The first two of these are already in progress and concern:

«It is just the beginning »

The message that comes out of last Friday’s brilliant event at the Great Britain Hotel, is that the announcements are just the beginning of a big strategic deal. This is because the cooperation between the two groups in the sectors of green energy and the environmental upgrading of conventional power plants will be extended to the Balkans as well as to other European countries.

Mr. Dimitris Koelouzos pointed out that CHINA ENERGY INVESTMENT CORPORATION has a lot of experience and wants to transmit it outside of China and that Greece can be the basis for the expansion of its activities in the Balkans and Europe.

He also pointed out that It has been a great success that the Chinese group is currently based in Greece, underlining that the framework agreement considers for a total investment of three billion euros in the Greek market.

"Our group believes in clean energy and in Greece’s prospects. Our cooperation with China Energy Investment Corporation is excellent and is based on the seriousness, reliability and consistency of both sides. We are confident that this cooperation will act as a catalyst for the completion of significant investments and will promote our country's energy industry as well as the development of cooperation between Greek and Chinese companies in many industries" said the founder and chairman of the Kopelouzos Group .

CHINA ENERGY INVESTMENT CORPORATION ‘s chairman Dr Ling Wen, said that the current deal is the first landmark project that comes as the result of a two-year co-operation between the two sides.

"Our company is active in the sectors of energy production  from coal and clean energy sources, energy saving, environmental protection and cogeneration," he said, describing the various fields of the international market where CHINA ENERGY INVESTMENT CORPORATION Is present, while making special reference to the "One Belt-One Road" initiative supported by Greece.

Ms Chen Suhong, first secretary of the Chinese Embassy in Athens, said cooperation would help both sides become more competitive while stressing that Chinese companies have invested in Greece mainly in the industries of marine shipping and energy while referring to the good example of the investment of COSCO at the port of Piraeus.

Additionally, the Deputy Minister of Economy and Development, Mr. Pitsiorlas  pledged  that "from the government’s point of view, we not only encourage but we are committed also to help and support other Chinese companies to come and invest in our country".

How was the collaboration built?

"Two years ago we had our first meeting in Athens with Dr. Ling Wen. This visit was a milestone for Shenhua, now CHINA ENERGY INVESTMENT CORPORATION, in the sector of power production in Greece, in cooperation with our group companies, "said Mr. Dimitris Koelouzosos, speaking of the" building "of the strategic co-operation with the Chinese giant company.

“The follow-up was given last September in the Thessaloniki International Fair, where China was the honored country, and CHINA ENERGY INVESTMENT CORPORATION, with its dynamic presence, turned the spotlight of its interest in Greece and the wider region”.

"Our country has a very great potential," said Mr. D. Capelouzos, who also referred to the high mutual respect between the peoples of the two countries that have among the most ancient civilizations and act as a basis for the development of business and economic partnerships.

CHINA ENERGY INVESTMENT CORPORATION which was founded last year, is the merger of China Guodian Corp with Shenhua Group and is a company with a share capital of 17,028 billion euros, fixed  assets value of 235,6 billion euros, 66 subsidiaries and 350 thousand employees. It is headquartered in Beijing and has 10 listed  companies in Shanghai, Shenzhen and other Asian stock exchanges.

For attractive investment proposals in Greece and neigboring countries, please contact us