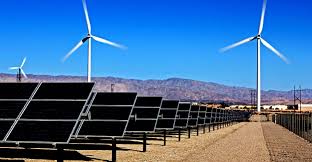 Multinational interest in the July competition - Who showed up.

Fair winds for renewables projects is blowing again in the country, as investors regarding Greece as a treasure untapped, turn up at a time when demand is rising internationally.

Many pursuers try their luck to enter the Greek market, in view of the renewables feed in tariff auction for new projects, on July the 2nd. Specifically, 175.5 MW wind, 52.2 MW in small photovoltaics and 30.2 MW in large photovoltaics will be auctioned.

The Portuguese EDP Renovaveis, which acquired mature licenses from companies operating in Greece and seeks dynamic entry into the Greek market, stands out among the players that will participate. Apart from Portugal, EDP operates in the gas and electricity sectors in 14 countries, including the USA (wind), Brazil (hydro), France, Italy and Poland (wind), and produces and distributes energy Spain. It is considered to be the third largest company active in the field of wind energy worldwide after Iberdrola Renovables and NextEra Energy Resources.

Of particular interest is the participation of Spanish Iberdrola Rokas, which has virtually frozen any new investment activity in our country, while information has reported that there were even disinvestment moves of existing assets in its portfolio. Iberdrola Rokas has applied for a large wind park and two applications for smaller entries. Among the companies that stand out are two Chinese. These are Spi Energy and Shenzhen Energy. The first is active in photovoltaics, it is listed on the New York Stock Exchange, it develops and operates in China, Japan, America and Europe (England, Belgium, Spain, Italy). The second, first appeared in Greece in 2014, seems to have re-opened its interest. It is active in a wide range of energy sectors, both in thermal production and in APAs.

Regarding Greek companies, according to information, applications have been submitted by ELTECH ANEMOS which already implements 6 projects with a total capacity of 171.8 MW. The parks are mature in terms of licensing and are expected to be built gradually and will be completed by the end of 2019. TEPNA Energy, the industry leader and the first company to secure EIB financing for the development of its investment program, as well as PPC Renewables.

However, according to announcement of the RAE – Regulatory Authority for Energy regarding the provisional list of auction contestants, there was a large number of rejected offers in the photovoltaic category, mainly because many of the prospective investors did not submit the appropriate supporting documents electronically except in the form of documents.

In category B, ie the "large" photovoltaic projects ranging from 1 to 20 MW, the total applications capacity approved was limited to 52.9 MW and concerns 8 projects. Applications for 26 projects totaling 144 MW were excluded. Altogether, 34 applications for 197 MW were submitted.

In category C, ie wind power from 3 to 50 MW, all applications submitted for 14 MW total projects were approved.

There comes a second auction.

RAE – Regulatory Authority for Energy has announced that 300 MW photovoltaics power and 300 MW wind power will be auctioned in 2018, meaning that 217.5 MW of photovoltaics and 124.5 MW of wind power will be taken out. This untapped power is expected to come out in a new contest at the end of the year. According to the Association of Photovoltaic Companies (SPE), " the fears we have expressed about RAE's terms in connection with the auctions are confirmed. "

In the provisional list published by the Authority, it appears that for projects that qualify to continue in the 2nd phase of the competitions (to be held on 2 July), the majority of photovoltaic proposals are out of the process. If, after the short period of protests, the picture does not change, we will have the following situation: 91.63 MW projects will compete in the first category (projects with less than 1 MW capacity), while in the second category (projects with a capacity of more than 1 MW) will compete 52.92 MW.

"It is clear that regardless of how the competition process will evolve from now on, we need to improve the rules if we want a rapid and healthy development of APAs in our country," said Association of Photovoltaic Companies (SPE), President Sotiris Kappelos.

Investments of more than 2.5 billion

Investments in renewables that will exceed 2.5 billion euros by 2020 are expected by the government, with a three-year plan for auctioning a total capacity of 2600 MW. According to the decision of the Ministry of Energy, after auction of 600 MW (+400 MW for wind and photovoltaics) this year, another 1000 MW will be auctioned in 2019 and 600 MW in 2020, all in wind and photovoltaics as the other technologies Small Hydroelectric, Biomass / Biogas / Biodiesel, etc.) are exempted until "satisfactory competitive conditions are created". With regard to prices, the maximum allowable bid price set by the Ministry of Environment and Energy (based on RAE's opinion) is for wind projects 90 euros / MWh, for small photovoltaics 85 euros / MWh and for large photovoltaics 80 euros / MWh.

The aim of the new competitive process is to lower the cost to consumers of switching to a more green energy mix.