Vladimir Putin’s unprovoked war against Ukraine was the “bell” that put the European Union (EU) on a path of no return for its independence from Russian gas and the further acceleration of the green transition, clearly states that in the exclusive gave to “Vima” shortly before her appearance at the Delphi Economic Forum by Country Simpson .

The Energy Commissioner is bidding on the crucial importance of gas storage and sending a message that those managers (eg Gazprom) who are not certified in terms of security of supply should leave the EU.

In addition, Ms. Simpson considers the recent US-EU agreement for the supply of US liquefied natural gas (LNG) as very important and praises the infrastructure in Greece, such as the Greece-Bulgaria pipeline and the floating refueling station (FSRU) in Alexandroupoli. for the role they can play in diversifying energy supply.

After the Russian invasion of Ukraine we have entered a new era in terms of energy. Reducing and ending energy dependence on Russian fossil fuels has become the number one priority for the EU. How easy is it to strike a balance between two such complex goals: phasing out Russia and implementing the Green Agreement?

In the recent RePowerEU Communication, the Commission sets an ambitious goal: to end its dependence on Russian fossil fuels by 2027. Why was it chosen this year?

“We can not stop using Russian gas overnight, but our analysis shows that we can be independent of Russian fossil fuels by the end of the decade. The Commission is now preparing a detailed plan on how to achieve this, which will be presented in May. We also want to significantly reduce our dependence as early as this year. The work has begun. Diversifying gas supplies and finding alternative gas sources is an important part of the strategy. We already have a significant increase in LNG deliveries in Europe. The volume reached a record level of 10 billion cubic meters (bcm) in January, remained at historically high levels in February and the trend continued in March. But we can not focus only on fossil fuels, we need to increase the production of biomethane and renewable hydrogen, both externally and locally. “These ‘green gases’ will be the key to our energy mix as we move towards an energy-neutral economy.”

Which gas suppliers has the EU reached? Is there a plan to double the capacity of the TAP pipeline from 10 to 20 bcm and how fast can this be done?

“We have approached different sides around the world, so we can say that our response has met the challenge. Personally, I have visited Azerbaijan to discuss the possibilities of TAP, I was in Qatar to increase LNG quantities, but of course in the USA, which are our main partners in this challenge. We are also in contact with other producers such as Norway, Algeria, Egypt, Israel and Nigeria. And we are also talking to large LNG consumers such as Japan and Korea to ensure adequate supplies for Europe. In terms of TAP, the pipeline is now fully operational and has already enhanced our security of supply, diversifying supply routes and competition in Southeastern Europe. It is a success story for the countries involved and for the EU TEN-E policy. I have spoken to both President Aliyev and the Minister of Energy of Azerbaijan and there is a clear commitment on their part to increase deliveries to Europe. It is also technically possible. Discussions on timetables and quantities continue. “ 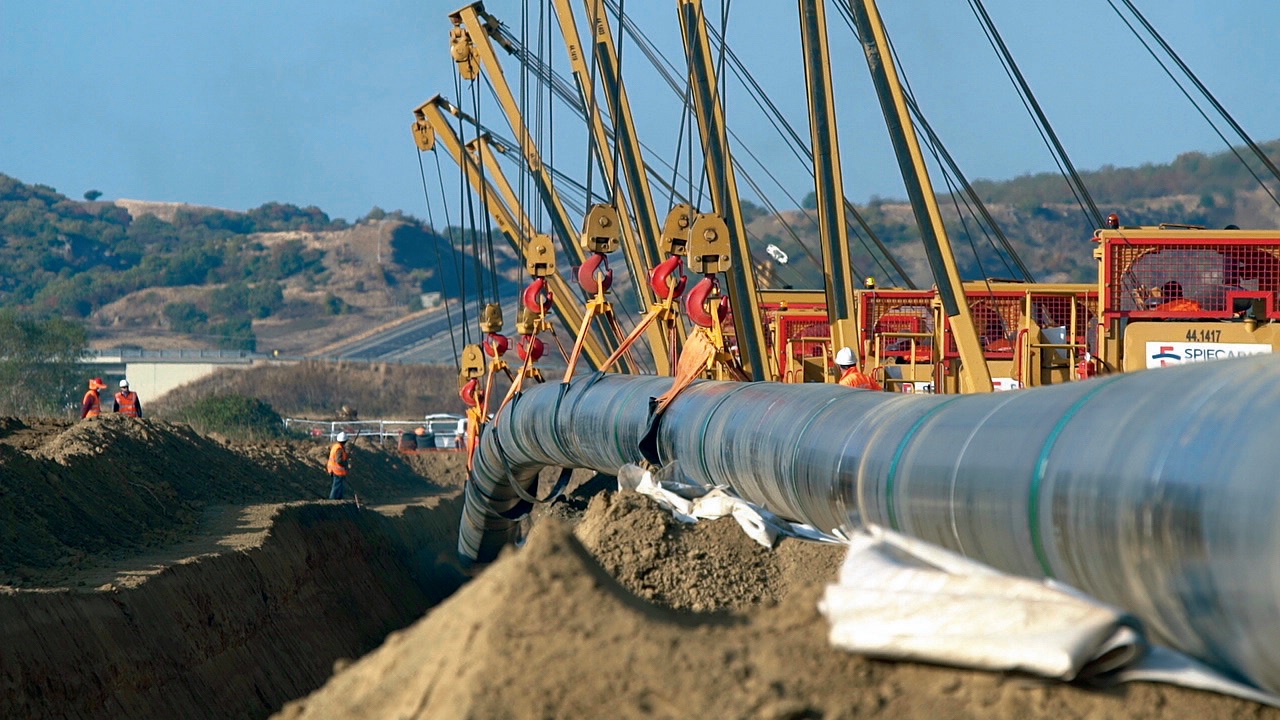 The Commission recently presented a plan to increase gas storage to 80% from 1 November 2022 and to 90% after 2023. Is it feasible? Do we have enough storage space in the EU and what about Gazprom-controlled facilities? Will there be increased funding for the construction of new infrastructure?

“We did present a plan under RePowerEU to set the thresholds you mentioned. This means filling existing warehouses, not increasing storage capacity. The current level of storage in the EU is around 26% and we need to start preparing now for next winter. The sooner we start filling the warehouses the better prepared we will be. There will be benchmarks, so the filling will be done gradually. We can not reach next winter with low stocks. This will leave us very vulnerable. We call on the Member States to start acting as if this requirement were already in force. Of course, gas storage is not a magic solution and we must continue to reach out to other suppliers, accelerate the use of renewable energy and enhance energy efficiency. But gas storage is a fundamental part of energy security. The relevant facilities are key infrastructures. We therefore recommend that their managers be certified in terms of catering security in order to protect the EU’s interests. Non-certified managers should relinquish ownership or control of the facility. Europe also has one of the most developed gas networks. Building on the lessons of the 2009 crisis, Member States are now very well connected to the global LNG gas markets and to each other. However, there are a number of projects that are still being developed and supported by the EU, including the Greek-Bulgarian pipeline. The LNG terminals in Alexandroupolis and in Cyprus are going to start operating in 2023. In total, we expect an increase in capacity of about 58 bcm within the next five years “.

At the last Summit there was an intense discussion on two issues. The first concerned the joint supply of gas. However, there was an agreement to do this only on a voluntary basis. Couldn’t this cause complications as we already see countries like Germany moving unilaterally and concluding agreements with gas producers like Qatar?

“The purpose of joint procurement is to concentrate demand and leverage the leverage offered by the EU with its remarkable purchasing power, but not to force countries that do not need or do not want gas to do so. The other goal is to really coordinate our actions and ensure that we can work as a team in the global market. At the behest of European leaders, we will set up a platform at EU level that will facilitate access to providers and ultimately gas markets at Community level. This can help lower prices and secure larger quantities. “I believe that the current situation calls for a stronger European gas policy, from diversification and storage to global cooperation.”

The second issue was related to the connection between gas prices and electricity prices. One dimension is clear between proponents of state intervention and those of the free market. The Commission has tabled a selection document proposing a number of ideas, including a price cap. What should we expect from the Commission’s next report on the subject?

“We have been working to deal with the high energy prices since last autumn and we presented the first toolbox of measures already in October. Russia’s invasion of Ukraine naturally worsened the situation in the markets dramatically, followed by another package of measures in March. We will continue to work on this issue, both in the short term and by looking at market planning in general. We want to protect consumers and businesses from overly high prices, while maintaining the integrity of the Single Market. We are now waiting for the next report of ACER, the union of European energy managers, which analyzes both the benefits and the shortcomings of the current planning of the electricity market and we will publish it this month “. 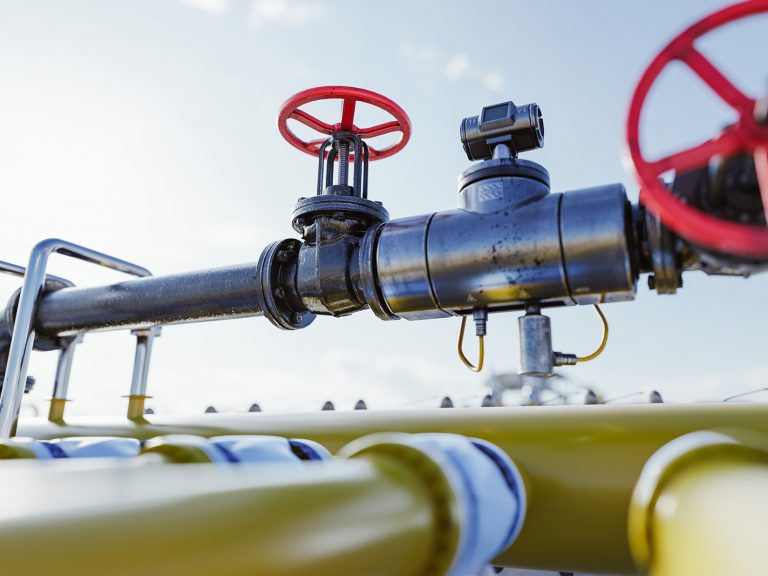 It seems that in addition to efforts to reduce dependence on Russian gas, two more pieces are important in the new energy puzzle: the faster green transition and “energy austerity” to become more sustainable. How will we achieve these goals?

President Putin recently signed a decree on the payment of gas supplies in rubles. How will the EU deal with this issue?

“After Putin’s announcement, we and our G7 partners were clear: the agreed-upon agreements must be respected. I note that 97% of these contracts state that payments must be made in euros, and this cannot be changed unilaterally by a Russian decision. It would be a clear violation. We are analyzing the decree, we are in contact with the energy companies to see how they and the member states will be affected “. 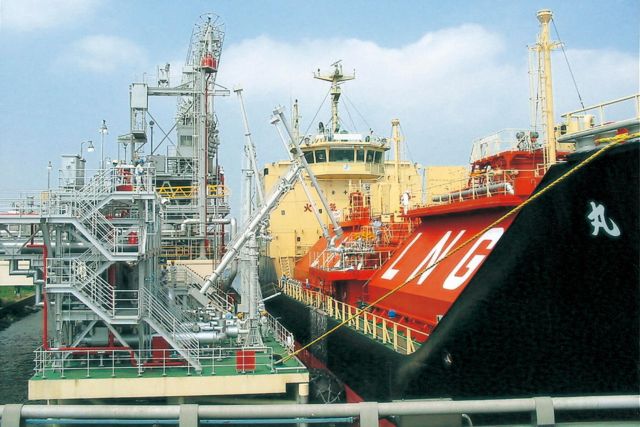 Could you give us some more details about the recent US-EU LNG agreement? What are the guarantees that the quantities of 15 bcm gas for 2022 and 50 bcm / year from 2023 onwards will be delivered? In terms of prices, which model will be followed?

“The declaration by President von der Leyen and President Biden is a commitment at the highest political level. The United States has been a strong ally for us in this very difficult time, supporting Ukraine, planning and implementing sanctions, but also in energy policy. When we look at the numbers, we get about 155 bcm of gas a year from Russia and 50 bcm is almost 1/3 of that amount. Therefore, this is a serious contribution that helps us significantly to move away from Russian gas. Regarding the price, it is clear from the Statement that the spot price of Henry Hub Natural Gas and other stabilizing factors will be taken into account “.